FORBES: Why Budapest Is The 'Go To' City For Entrepreneurs 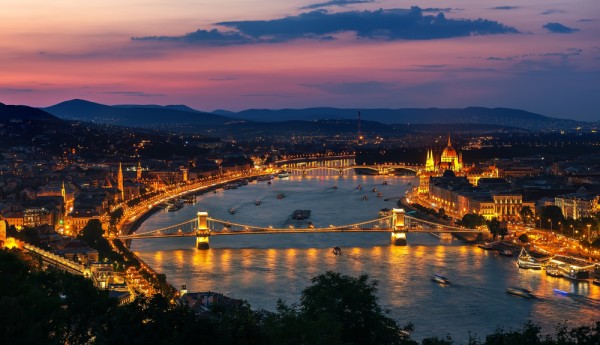 In previous years, London and Berlin were the destination for European entrepreneurs, but this has been taken over by Budapest, the capital of Hungary, according to Forbes.

According to Startups.co.uk, out of eighty European cities, Budapest is the best place to start a business. In the city, support funds are densing, as foreign investors are showing increasing interest year after year, resulting in a Startup Center, with a huge demand for technology businesses.

The founder of SuperSize Digital's global marketing team for real estate, Steven Tasker, said that in Budapest you can find qualified staff working for lower salaries than in the UK. Developed by the company The Polka Dot Tiger is a tool that allows users to test A / B metadata for websites in SEO campaigns, which is expected to be ready by early summer.

Tasker first visited Budapest in 2010 under the Erasmus University program, and returned to the country after graduating. “I had caught the Budapest bug,” he says. “The expat community here is relatively small and it's likely you’ll bump into someone you know in the city center. It makes the city feel like a small, friendly community.”

In 2011, the growth of international startup companies in Budapest was still slow, and this also influenced Tasker's company, so he returned to England, where he quickly became a leader in online marketing at the SEO agency. He created his own agency in 2016.

In the UK, the Startup market proved to be too competitive, so he visited Budapest again and was surprised by what he saw. The once slow Startup location was flourishing, sparkling from life, saying they decided to run SuperSize Digit here. The locals are talented and have good work ethics (even better than in England in many cases) proved to be a very good workforce. Tasker believes that easy access to key skills puts Budapest above other European cities.

“It has a young, highly educated, technically capable workforce who are eager to work, learn and get stuck in, and very rarely need motivating,” he says. “This is a huge plus when you're just starting a business and need highly skilled team members to help make it a reality.”

The start-up world of Budapest is also actively supported by the government with a low 9 percent corporate tax, which is the lowest in Europe and the introduction of "early stage" status, which allows companies to reduce their corporate tax base.

“With all these benefits and the backdrop of one of the most beautiful cities in Europe, it's easy to see why many startups are setting up camp here,” says Tasker.

Regardless of few factors he considers to be a disadvantage, Tasker is convinced that Budapest is the best place to start a business with a highly trained workforce and lower operating costs. Now eight people are working in his company, but he wants to double this number by the end of the year.

He says: “If you’re setting up a traditional ‘bricks-and-mortar’ business there are plenty of startups in the city that can provide some of the key elements of your operations, such as admin, back office, payroll etc., cost-effectively, so Budapest is still well worth exploring.”

Start up a Startup in Budapest!

Planning to launch your business for the Hungarian market? We provide a one-stop-shop service of starting a new business in Hungary.

Avoid penalties and save on tax. With the help of our chartered accountants in Budapest you can be sure that experts look after your companies, reporting deadlines and representation before Hungarian authorities.

We are here to provide customized professional payroll services to guarantee you are in line with Hungary regulations. Our experts will manage the maze of the Hungarian legislation of payable taxes and the Labour Code.

Hungary has the most favorable tax environment for corporations in Europe. As an EU member state you will enjoy benefits of the access to European markets, while you can keep your running costs down. Optimize your payable taxes in Hungary by the professional advice of the experts of Tower Consulting.

There are great tax rebate options for private individuals in Hungary. Our experts are here to help, explain and reclaim money from the authorities for you. Minimize your payable tax in Hungary and save on time!